This E-news covers the following topics:

After last week’s rain interrupted week, we have finally been able to finish the greens renovations. Fertiliser has been applied to all greens, starting on Monday afternoon and finishing on Wednesday morning. Some additional topdressing was also completed on greens 6, 9, 10 and 15 to ensure all the core holes were filled with sand.

Cutting of greens has commenced this week at 5mm, reducing weekly by 1mm until we are back down to our usual cutting height of 3mm. The cutting of greens has predominantly been performed in the afternoons when the turf is dry, as the morning dew makes any sand on the putting green surfaces stick to the rollers on the mowers. Greens were rolled Thursday morning to level out any high spots that may have resulted from the coring process. Greens will be cut at 4.5mm on Friday morning and will remain at that height for the weekend.

The team spent a good part of Monday in bunkers removing silt and blowing out debris from last week’s heavy rainfalls. Tuesday morning they were back in the bunkers again repairing washed out, eroded faces and levelling bases.

Following last week’s rainfall, we have experienced a surge in growth on all kikuyu surfaces. To counteract this surge, we have managed to apply growth regulator to the back 7 fairways and surrounds. Overnight temperatures have started to reduce which will reduce growth rates naturally.

Volunteers worked indoors on Monday due to the rain, so Clubhouse maintenance was the order of the day. If we get a good turnout this coming Monday, they will be edging pathways, spraying weeds in bunkers and repairing or removing tree guards where possible. 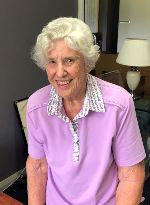 This week’s Personality Profile is on Club member Mrs. Miriam Knee. Miriam has been a member at Oatlands Golf Club for almost 17 years, however her sporting prowess is better known for her involvement and contribution to women’s cricket.

Born in Croydon, Victoria, Miriam was one of the pioneer’s of women’s cricket in Australia. A talented allrounder, she was a feature of the dominant Victoria women’s team during the 1960’s and 1970’s, also Captaining Australia to the first World Cup of cricket, and was also at the helm during the “Missing Test” against Jamaica. Miriam was also an Australian selector for many seasons and an outstanding contributor to the game both on and off the field for decades.

Miriam came from a sporting family and in her first game of school cricket she took 5 wickets for 10 runs. Miriam’s main discipline was her right arm medium/spin bowling but she was also a handy left handed batsman and an excellent slips fielder. 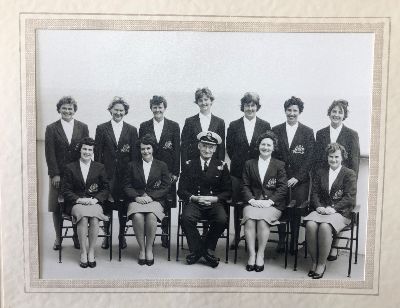 Miriam Knee (1963) back row, second from the right

By 1961, after consistent performances for Victoria, and five years since Australia last played a Test match, Miriam was selected in the touring team to New Zealand. They played eight tour games and a one off Test. It was one of those Tour games that Miriam displayed her great value.

In 1963 Miriam was selected for the tour of England under new Captain, Mary Allitt. In the second Test of this series (“Test in the Mist”), Miriam took her career best bowling figures of 5/35 and shared a sixth wicket partnership of 125 with Captain 3/22 in the second innings, this gave her career best figures of 8/57. Miriam finished this tour as the leading wicket taker with 47 wickets at a rate of 13.64.

Miriam went on to become an instrumental figure in women’s cricket taking part in the history making tour, both to the Caribbean and to England for the very first international ODI World Cup. 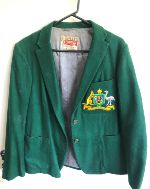 When discussing her cricketing history with Oatlands General Manager, Sam Howe, Miriam reminisced about the difference between today’s cricket tours and those of her era, with the tour to England taking 6 weeks by ship to reach the shores of the UK and players being billeted during their stay. She says “we were paired up in two’s to billet, you would go into the home of complete strangers and by the end of the tour, have developed life long friendships”.

Miriam’s golf started at Oatlands via the “Getting Started” golf programme which is still in place today. She was introduced to the programme by Ruth Urwin and at the time, didn’t know if she was to be a right or left handed golfer. She was joined in the programme by current members, Vivienne Beck, Joan Devenish-Meares and Lesley Franks. The programme covered golf-skills and etiquette and introduced her to 17 years of friendship and camaraderie that is the cornerstone of membership at Oatlands Golf Club.

Miriam is a regular golfer at Oatlands on Mondays and Thursdays. The Club would like to thank Miriam for taking the time to chat with the General Manager for this profile which we hope all members will enjoy reading.

The Club are undertaking a review of the tap beer offered at the Club and would like to get members input. Members are asked to please select their top three beers from the list below. This will help guide the Clubs decision on the most suitable beer offering going forward. New product choices are expected to be in place toward the end of May.

On Monday 8th April the annual Barbara Koch Memorial Day will be held for the ladies.  This is one of our major fund raising days and we would like as many women as possible to join our field. All monies raised on the day will go to ANZGOG (Australia New Zealand Gynaecological Group).

The theme for the day is pink and purple, but this year we are asking ladies to wear their club shirts.  If you don’t have a club shirt, then any pink or purple shirt would be great.

The day is a shotgun start at 8.00am for 8.30am and morning tea will be available for a gold coin donation.  Our major raffle will be drawn on the day and we are fortunate once again to have Charlie Koch attend and present the trophy.  We look forward to seeing everyone on the day!

Click here to book for the Barbara Koch Memorial Day 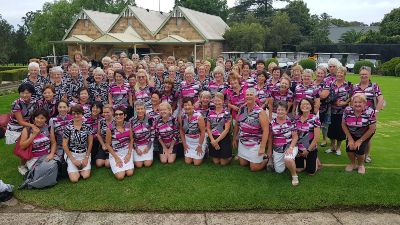 The Oatlands Golf Club ladies hosted our friends and neighbours from Pennant Hills Golf Club on Monday 25th March for the bi-annual Interclub match between our two clubs.

Despite intermittent rain, spirits were not dampened, and all those that took part had an enjoyable day.

The Oatlands Ladies won the day 15 matches to 10 with the winning groups from each Club being:

Well done to all who took part.

The Membership Committee would like to ask for members to volunteer to be part of a new Buddy Programme for new members. Integration into a new Golf Club can often be daunting, especially if joining alone, and the Club are keen for new members to feel comfortable and become involved in Club activities from the beginning of their membership. With this in mind, the Club are calling for expressions of interest in members being involved in a Buddy Programme. This would involve buddy members playing a game with new members, introducing them to the handicap and competition process, and introduction to various social circles.

If you would like to take part in this programme, please email the General Manager, Sam Howe at gm@oatlandsgolf.com.au

Practice Pitching / Nursery Green to be Closed after Renovation

Members are advised that the Practice Pitching / Nursery Green (adjacent to the carpark), has been closed following the Autumn course renovation on 18 / 19 March. This is due to the high level of un-repaired pitchmarks and subsequent deterioration of the putting surface in recent times, as per the photos below.

As well as being the main source of turf, in the event that one of the 18 greens on the golf course needs repair, it is hoped that this green will act as a temporary practice putting green when the Club undertakes planned upgrade work to this precinct. Members will see from the photos above that the grass itself is in good condition, however the volume of pitch marks makes it redundant for either replacement turf, or practice putting, and subsequently the decision has been made to close this green for the time being.

To overcome any confusion relating to House Account charges, particularly relating to split bills, the Club will require all charges placed on member House accounts to be signed at the point of transaction by the member placing the order. This will be in place for transactions occurring in the Pro Shop, Bar and Sandwich Bar. We thank members in advance for their co-operation with this process.

Rules of Golf – 3 minutes to search for a Lost Ball

Members are reminded that with the changes to the Rules of Golf that came into effect on 1st January 2019, the maximum time allowed to search for a lost ball is now 3 minutes. This Rule has been implemented to ensure that golf is played in a timely fashion and all golfers are reminded to adhere to this change. Three minutes is a very short amount of time, so please be mindful to not prolong the search and if in doubt please play a provisional ball.

Rule 13 is a specific Rule for putting greens. Putting greens are specially prepared for playing the ball along the ground and there is a flagstick for the hole on each putting green, so certain different Rules apply than for other areas of the course.

A ball is on the putting green when any part of the ball:

If part of the ball is both on the putting green and in another area of the course, see Rule 2.2c.

13.1b  Marking, Lifting and Cleaning Ball on Putting Green

A ball on the putting green may be lifted and cleaned (see Rule 14.1).

(1) Removal of Sand and Loose Soil. Sand and loose soil on the putting green (but not anywhere else on the course) may be removed without penalty.

But if the player improves the putting green by taking actions that exceed what is reasonable to restore the putting green to its original condition (such as by creating a pathway to the hole or by using an object that is not allowed), the player gets the general penalty for breach of Rule 8.1a.

“Damage on the putting green” means any damage caused by a person or outside influence, such as:

But “damage on the putting green” does not include any damage or conditions that result from:

The previous format included a member/member 4BBB winner and a mixed 4BBB winner. Reducing this to a Medley 4BBB winner removes two winners prizes, the value of these will be re-distributed to the ball competition with the overall prize value remaining unchanged.

Members are advised that there have been many crow sightings on the course of late, and reports of balls being taken. In the event that you “see” a crow take your ball, the Rules allow for the ball to be replaced without penalty, however you must see the ball being taken.

Wednesday 29th May: Bistro on Bettington

The teams for this week and results are listed below:

Grade played Avondale GC at The Lakes GC, and won 3&1/2 games to 1&1/2. The following ladies were representing the Club:

Silver II was hosted at Oatlands Golf Club with our ladies having a bye.

We wish all the ladies the best of luck for the remainder of the respective seasons.

Have a great weekend from the team at Oatlands.

< Back to previous page